Parsing: Lost art of identifying all the components of a text, and once one of the fundamental exercises that tested and informed pupils in English. To parse a phrase such as ‘man bites dog’ involves noting that the singular noun ‘man’ is the subject of the sentence, the verb ‘bites’ is the third person singular of the present tense of the verb to bite, and the singular noun ‘dog’ is the object of the sentence.

By being so long in the lowest form I gained an immense advantage over the cleverer boys. They all went on to learn Latin and Greek and splendid things like that. But I was taught English. We were considered such dunces that we could learn only English. Mr. Somervell — a most delightful man, to whom my debt is great — was charged with the duty of teaching the stupidest boys the most disregarded thing–namely, to write mere English. He knew how to do it. He taught it as no one else has ever taught it. Not only did we learn English parsing thoroughly, but we also practised continually English analysis. Mr. Somervell had a system of his own. He took a fairly long sentence and broke it up into its components by means of black, red, blue, and green inks. Subject, verb, object: Relative Clauses, Conditional Clauses, Conjunctive and Disjunctive Clauses! Each had its colour and its bracket. It was a kind of drill. We did it almost daily. As I remained in the Third Form three times as long as anyone else, I had three times as much of it. I learned it thoroughly. Thus I got into my bones the essential structure of the ordinary British sentence — which is a noble thing. And when in after years my schoolfellows who had won prizes and distinction for writing such beautiful Latin poetry and pithy Greek epigrams had to come down again to common English, to earn their living or make their way, I did not feel myself at any disadvantage. Naturally I am biased in favor of boys learning English. I would make them all learn English: and then I would let the clever ones learn Latin as an honour, and Greek as a treat. But the only thing I would whip them for is not knowing English, I would whip them hard for that. 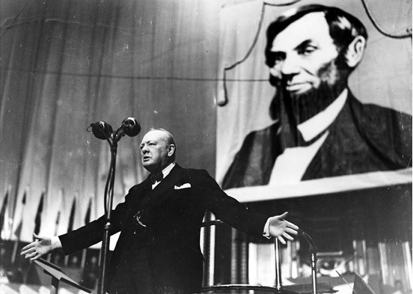 “Spoke to me one day and said: ‘I had a notion of studying grammar‘, recalled Graham. “There was none in the village and I said to him: ‘I know of a grammar at one Vance’s (a man named John Vance), about six miles. Got up and went on foot to Vance’s and got the book. He soon came back and told me he had it. He then turned his immediate and almost undivided attention to English grammar. The book was Kirkham’s Grammar, an old (1826) volume.”

– “My Childhood’s Home” Growing Up With Young Abe Lincoln, by Richard Kigel 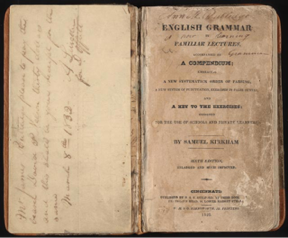 – image from American Treasures of the Library of Congress

On Saturday last we had General Rosecrans before our committee, and his account of the campaign of Western Virginia makes McClellan look meaner than ever. On last Friday went with Indianans to call on President Johnson. Governor Morton transgressed the proprieties by reading a carefully prepared essay on the subject of reconstruction. Johnson entered upon the same theme, indulging in bad grammar, bad pronunciation and much incoherency of thought. In common with many I was mortified.

the evolutionary costs and benefits of innovations work like the economics of pharmaceutical research. The Pfizer Corporation spent over $I00 million and many years developing the drug Viagra before the drug made a single cent of profit. The costs accumulated early, and the benefits came only later. Drug companies can cope with this delayed gratification, and have the foresight to undertake the research that leads to such profitable innovations. But evolution has no foresight. It lacks the long-term vision of drug company management. A species can’t raise venture capital to pay its bills while its research team tries to turn an innovative idea into a market-dominating biological product. Each species has to stay biologically profitable every generation, or else it goes extinct.

If one were looking for an iconic image of the Second World War that summed up Allied pluck and derring-do it would have to be that of Winston Churchill with index and middle finger raised in a defiant ‘V’ for “Victory” sign. Revered for his strength of character and his willful defiance of Nazi Germany when Britain stood alone against the Third Reich, Winston Churchill is cherished throughout the world as one of the war’s most heroic figures. His legacy during one of the darkest eras in human history paints a portrait of the man as a wonderful, larger-than-life personality—a characterization that overshadows his faults and shortcomings in those crucial years. But those faults and shortcomings had a devastating legacy of their own. Winston Churchill: The Flawed Genius of World War II examines the decisions and policies Churchill made in the vital months between June 1940 and December 1941 that prolonged the war, allowed for millions of casualties, and left half of Europe behind the Iron Curtain. In 1941 Britain was waging a successful campaign against Italy in North Africa. General O’Connor could in fact have beaten them altogether and thereby prevented Rommel and his army from even landing. However, Churchill made the fatal decision to switch key British and Commonwealth divisions from North Africa to Greece in order to defend that country from German invasion, a heroic but guaranteed-to-fail gesture, and fail it did. When the United States entered the war, George Marshall’s victory plan was to launch an invasion of the Continent—what would become operation Overlord—early in 1943 and force a direct engagement of the enemy. But Churchill’s decision to remove troops to Greece stalled Britain’s victory in North Africa and enabled Rommel and his crack Afrika Korps to gain a foothold. Now Churchill urged Roosevelt to help beleaguered British troops in the African desert and that meant diverting troops from Marshall’s victory plan. It made landing in northwestern Europe entirely impossible, and D-day, the main objective of attacking Germany directly, through France, was postponed until June 1944. As a result, by the time the Allies landed in Normandy, Soviet troops were further west than they would have been in 1943. In that crucial year, millions of civilians—Jewish, Russian, Polish, and German—died who might have lived. By the war’s end Stalin had already eclipsed half of Europe. Had D-day been earlier the Iron Curtain may have fallen with very different and diminished borders and millions of Central Europeans could have lived in freedom from 1945-1989. While Churchill’s was only one player in the drama that allowed this calamity to happen, Christopher Catherwood contends that it certainly tarnished the legacy of his “finest hour.”

– Winston Churchill: The Flawed Genius of WWII by Christopher Catherwood

In August 1908, Hitler wrote a letter to Gustl that makes plain his mediocre success in mastering the most elementary usages of German spelling and grammar, not to mention any coherent subject matter. The handwriting is childish, two words are scratched out and written over, other words are misspelled, punctuation is haphazard, and the style is rambling and disconnected. German spelling does not present the same kind of difficulty to the young student that English does. No vestigial spellings like though, touch, read, colonel, psalm, and such exist in German, which is spelled with dependable regularity. For young Hitler, however, the German language was mined with booby traps. The spelling in his letter is often erratic: dann becomes dan, sofort becomes soffort, Katarrh is spelled chartar, dies is spelled with two s’s, and so on. His use of capitals in this correspondence is also unpredictable.* Punctuation is omitted. In the August letter, as in others, he never used a question mark. He asks “Who really published the newspaper I sent you last time” without a question mark. In the sentence “Have you read the last decisions of the municipal council in connection with the new Teater,” Theater is spelled without the h, which is part of the German as well as the English word, and again the sentence ends without a question mark. So does the following sentence: “Do you know any details.” The pronoun sie, meaning either “they” or “she,” is not capitalized in German usage, although Sie, the formal pronoun meaning “you,” is. Hitler, however, capitalizes sie for “they” and for “she,” just as he haphazardly capitalizes other pronouns that should be lowereased. Words are hopelessly run togetherin one case seven of them, to make one long misspelled and inchoate formulation.

– The Making of Adolf Hitler: The Birth and Rise of Nazism by Davidson, Eugene. 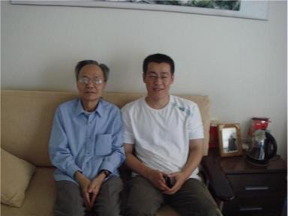 然而，句子结构、表达方法在两种语言之间也有很多并非一一对应的情况，尽管数量上是少数，却给语言的熟练运用带来很多的麻烦。比如，“请问，这个座位有人么？” 对应的不是 “Please ask, is there anyone at this seat?”，而是 “Excuse me, is this seat taken?”；“如果我没有记错的话……” 不是 “If I didn’t remember wrong, …”，而可能是 “If my memory serves, …”

The impact that _ have/has had on _ , is undeniable.
之后，我就可以不停地用这个“模板”造句了： 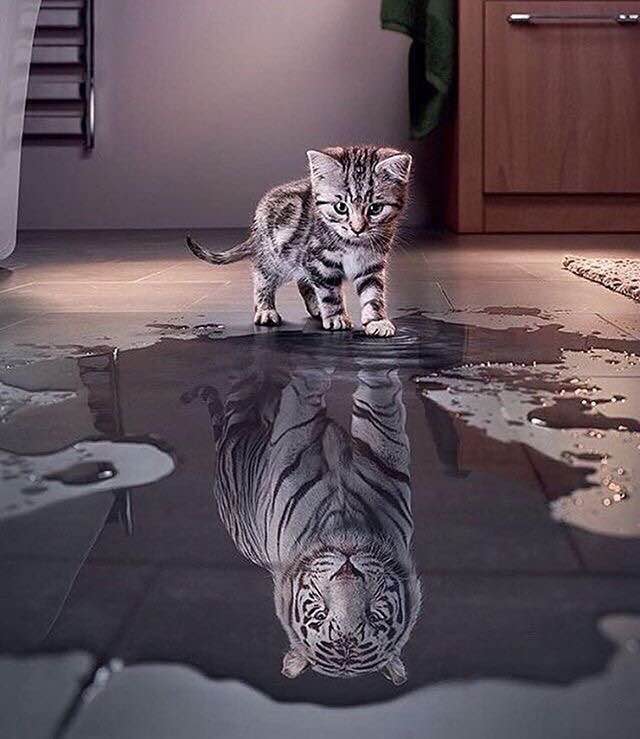